So, the top two teams of the regular season will play for the Championship. The two that have dominated the different stats through the year. No surprise there.

The game will be a treat. It could very well turn into one of the best Maple Bowls ever.

A lot has been written in Finnish of the Roosters and the Crocodiles, and some of that basic information and speculation will likely be reported in English, too. This writing is more of an attempt to take a closer look at some elements that could be decisive in the game.

The Roosters Offensive Line has played a great season. They run block strong and have protected QB Brown when needed.

The Counter play here serves as a good example, the line gets off the ball, finds the key blocks and allows RB Spears to battle for yardage. Notice Spears’ quick cut decision to leave the designated run direction when LT leaves the combo a fraction early and the DT gets to flash his outside hand. Spears is just as important as the line in making the overall blocking look good.

Spears is a dual threat. He has made plays catching the ball, too. The example here is something that the Crocodiles struggled with last year, and the Trojans couldn’t stop either.

Will the Crocodiles be able to stop QB Brown from escaping and extending plays?

Look at the film examples, it could be said the the Trojans’ DEs were not able to contain Brown. Roosters OTs played well. But anothere reason lies elsewhere, the interior DL was dominated by the Roosters GCG unit. When there is absolutely no inside pressure, the DE has to work all the way around the OT, or to take a chance with an inside move risking Brown to escape to the outside. With any 40-front, 4 man straight rush structure one of the interior DL will be double teamed, typically on the weak side, and can do very little to pressure the QB. However, he shouldn’t get washed down the line and to the inside because that widens the B-gap area even more putting the DE on an island with the OT. The key element here for the Crocodiles would be to 1) have LB Robinson vary his rush lanes(if the Crocodiles keep using their 40 ’hybrid’ front where Robinson in essence becomes the 4th lineman), and 2)win the one on one, typically on the strong (3-technique) side.

For the MLB the task of ’spying’ the QB is also crucial, if he’s not needed in coverage. Keeping leverage on an athlete like Brown is essential.

Also, the escaping QB tears the coverage apart, someone has to come up.

Brown also can and will step up and deliver if not pressured through the middle.

For a 3-tech vs the Roosters the key would be to push the OG back and work inside to get to the QB’s face. This is done well in the example from Crocodiles playoff game:

The Roosters run what looks like a designated QB Draw in one of the clips, the OL seems to widen the rush lanes of DL on purpose, even if the WRs seem to run a route before starting to wall the DBs off.

In the above examples both Kimi Linnainmaa and Bernard Luster were thrown to late. This has been typical for the Roosters this year. Their passing game has not been really quick or systematic. But Micah Brown is a dangerous player allround, and his ability to extend and freelance can be too much for the Crocodiles to handle. The Crocodiles’ ability to pressure and corral him is definitely a key factor in the game. There’s no coverage for passes thrown 4-6 seconds after the snap by a fast QB that has broken contain.

Will the Roosters defense be able to stall the Crocodiles offense?

Like written before, the Roosters defense is the most disciplined machine in the League. The key for the Crocodiles would be to study the structure and the apparent rules of Roosters defense and attack the weaknesses. The Trojans had found some wrinkles, based on the safety participation and fast reactions of the Roosters D. Here you can see a wide open opportunity created for #2 WR on the strong side by running a quick fly action.

See how the WR pops wide open to the middle after the fast outside reaction of Ss and SLB, with the backside safety low on the backside. But these opportunities have to be cashed in, too.

Allround the Roosters D can not be fooled easily. See how fast they adjust and readjust to the Trojans playoff addition shifts and motions in their Under defense, against something they haven’t been game plan prepared for.

Is the Crocodiles offense sound enough to win?

With the addition of RB Strother the Crocodiles have their offensive backfield full of weapons.

They really can make it hard for any defense to stop them.

See how the defenders are lured into false steps and with that delayed by the multitude of threats in the Crocodiles run pass option offense:

In pure run blocking the Crocodiles are nowhere near the Roosters. They can’t sustain their blocks the same way and rely on Strother’s exceptional speed and cuts to gain yardage. The Power play below is nice, though.

Overall, based on strictly the offensive qualities, the Crocodiles would likely win a 7-7 passing game against the Roosters. The Roosters would just as likely win an inside run competition.

But it really is anybody’s ball game, the Roosters seem a bit stronger if the old saying ’it’s a game of blocking and tackling’ still holds. Just a bit.

Both teams are very good, may the best team win. 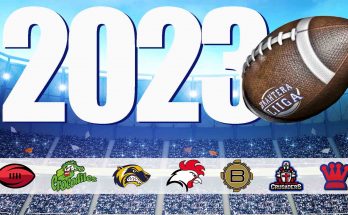 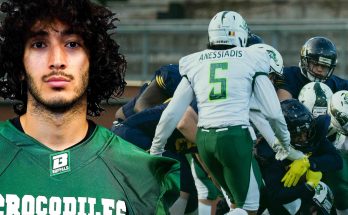 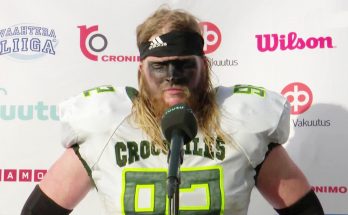